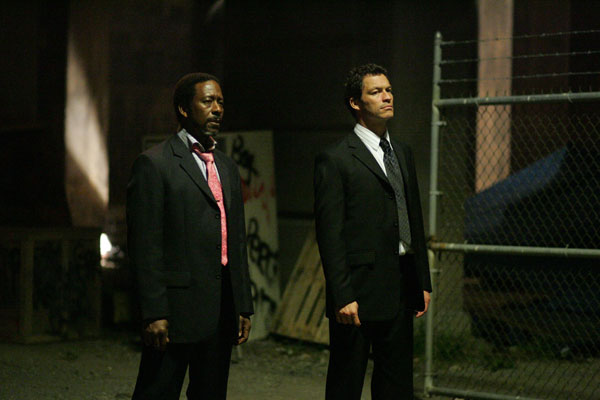 So The Wire just finished on BBC2 last night, and – unless I’m missing something – it appears to me like Auntie missed a fantastic opportunity.

By now you will have already read or heard  many people raving about this landmark American TV series, so you hardly need another recommendation from me. You’ll either have watched the first episode, struggled with the Baltimore street lingo, and given up; or you’ll have stuck it out to the end, become addicted, and will now be composing a blog post / Tweet / Facebook update something along the lines of this one.

But let me just squeeze in a bit of slavering fandom. The best TV series I ever watched was The Sopranos. I honestly didn’t believe it would be bettered. The Wire is better than The Sopranos. It’s more ambitious and more realistic, with better writing and acting. Where The Sopranos had maybe two or three standout performances (Tony, Paulie, Christopher), The Wire is bursting with bravura turns (McNulty, Bubbles, Omar, Dennis, Stringer, Gus, Clay, Bunny, etc).

Anyway, like I said, there’s absolutely no need for more hyperventilating about The Wire. All I want to say is that the BBC have shown a massive miscalculation of judgment in the scant scheduling status they bestowed upon ‘the greatest TV series of all time’.

It was shown on BBC2, after 11pm, on Mondays, Tuesdays and Wednesdays, throughout its epic, five-season span. In other words, the very antithesis of peak time. Remember how it felt to sit down every Sunday night at 10 o’clock to watch the new Sopranos – it was an event, a great end to the weekend.

But The Wire has passed Britain by. Even I, who took a few seasons to fully catch the bug but am now a fully paid up fan, could not commit to sit down at those times and watch three episodes a week.

I can only assume (and hope) that the BBC were somehow constrained by some kind of licencing stranglehold that dictated how it could be broadcast.

If not, the Big British Castle has well and truly shot itself in the foot. And that’s one shooting that had nothing to do with Chris and Snoop.

One thought on “The BBC lost its balance on The Wire”